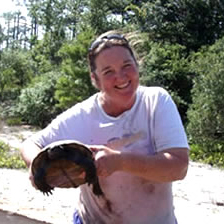 Behavioral ecology and conservation of fishes, with emphasis on acoustic communication and spawning behavior of North American fishes.

The objective of this intensive field course is to become familiar with the diversity of fishes of the southeastern United States, as it relates to physiography and drainage history. Aquatic conservation is also emphasized.

The field portion of the course includes collecting fishes from major drainages in: Florida, Arkansas, Mississippi, and Tennessee. Fishes were also observed in their natural habitats by snorkeling. A total of 134 species (4144 specimens) from 32 sites were collected. 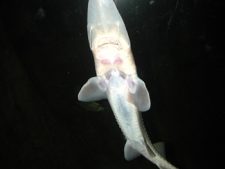 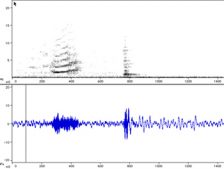 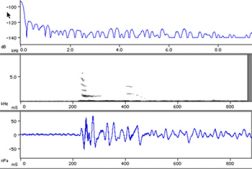 Sturgeon: Current work is aimed at documentation of sound production in Scaphirhynchus. Preliminary work shows that they do produce sounds during the breeding season. Future work will include examination of species-specific signals and location of spawning areas in natural habitats. This work is funded by the US Fish and Wildlife Service and was conducted at the Natchitoches Fish Hatchery, LA.

Minnows: Most of our focus is on the evolution of signal structure in Cyprinella, which involves recording and describing sounds made during aggressive encounters and spawning/courtship. Cathy Nordfelt is looking at geographic signal variation in C. galactura: do acoustic signals evolve faster than morphological traits? Sound production has also been discovered in Pimephales (with Dawn Johnson) and Codoma (with Steve Vives). 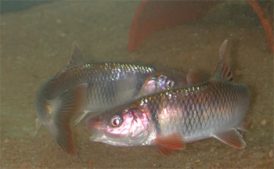 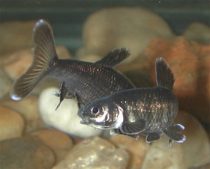 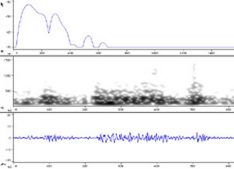 Darters: Our surveys suggest that only darters in the subgenus Catonotus (exclusive of the barcheek group) produce sounds. The use of acoustic signals cannot be predicted by spawning mode (other cavity nesters, Boleosma, do not make sounds), bright coloration (other drab species don’t make sounds – E. parvipinne, E. proliare) or even phylogeny (barcheeks don’t produce sounds). 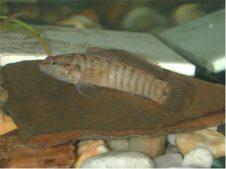 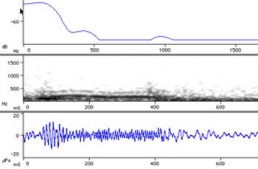 March 5, 2001 – Etheostoma boschungi, the slackwater darter, is known from only a few disjunct populations in tributaries of theTennessee River, TN and AL. Slackwater darters, like other members of the subgenus Ozarka, have separate breeding and non-breeding habitats. Prior to the late winter/early spring spawning season, these darters migrate from stream/river habitats to small tributaries adjacent to breeding sites. During floods, darters move up onto seepage areas in open fields where spawning takes place. Eggs are attached to vegetation (primarily Juncus); juveniles and  adults move from the breeding sites downstream to non-breeding habitat in April/May. In 1995, McGregor and Shepard reported 22 known populations of slackwater darter. Today, due to alteration of both breeding and non-breeding habitat, we suspect that many of these populations no longer exist. Our objectives are to assess population levels at historical localities, and to assess viability of known populations using demographic models. So far, we have only located extant populations of slackwater darters at one of five sites surveyed; the ‘Dodd’ site in Wayne Co., TN. Efforts to collect darters in non-breeding habitat in November and February (5 sites each date) were unsuccessful.  This is Wendi Winter Hartup’s masters thesis project, directed by Carol Johnston. 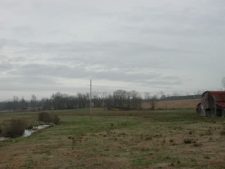 Conservation Research
Research focuses on patterns of fish movement as it relates to metapopulation dynamics of non-game, freshwater fishes. Topics also include habitat use, life history plasticity and pesistence in fragmented landscapes.

Yazoo darter status survey, MS
The Yazoo darter, Etheostoma raneyi, is endemic to small streams in the upper tributaries of the Yazoo River in Mississippi.  The species is threatened by degradation of small stream habitat, and monioring the distribution and abundance of population of the species is critical for it’s protection.  The current project aims to identify populations that may be on the verge of extirpation on the basis of habitat connectivity, habitat quality, and abundance. 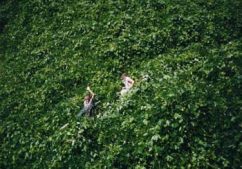 The blue shiner, Cyprinella caerulea, has disappeared throughout much of its range, prompting federal listing as a threatened species. Our research focuses on understanding how blue shiners use their habitat by researching movement among habitat patches as well as seasonal, nocturnal and foraging habitat use.

Habitat use of Muscadine darter in the Conasauga River 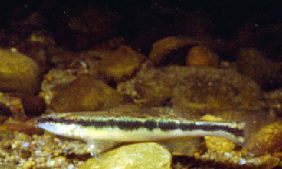 What habitat is really important for maintaining a species?  In a project similar to that for blue shiner, we are examining seasonal, nocturnal, foraging and spawning habitat use by the muscadine darter in a pristine environment.  Hopefully such projects will help in understanding the maintenance of biodiversity as well as what is needed for habitat restoration.

Other projects include:
– Habitat use, status and abundance of the holiday darter in Alabama and in the Conasauga River
– Effects of habitat fragmentation and land use on fish assemblages of Bear Creek, Alabama and Mississippi
– Autecology of the flier
– Status of Pteronotropis euryzonus in Alabama:  effects of habiat fragmentation on a headwater species
– Movement patterns of the slackwater darter, Etheostoma boschungi
– Fishes of Five Runs Creek, Conecuh National Forest
– Fishes of selected streams on the Talladega National Forest
– Spawning habitat segregation of three species of Cyprinella in the Conasauga River 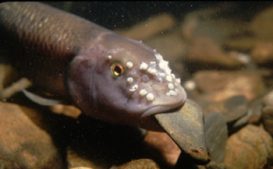 Up to eight other species may spawn over chub nests.  Is this just a big rip for the male, or is something in it for them?  My work has shown that there are benefits to having lots of other eggs in your nest. Current work is aimed at understanding the costs of nest building, in terms of lifetime reproductive success. 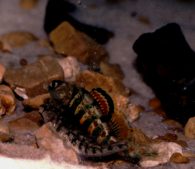 Believe it or not, we don’t even know how many North American fishes spawn, including many darters and minnows, ourmost common and abundant fishes. My work is aimed at understanding the evolution of spawning modes in fishes, but first – I have lots of information gaps to fill in. 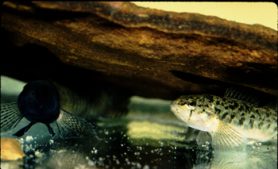 Although sound production has been known in many groups of fishes for some time, almost no work has been done investigating this mode of communication in North American freshwater fishes. I have recently discovered sound production in numerous species of minnows, madtom catfishes and in some species darters. Current work is includes description of the sounds and contexts, as well as work with female choice. The role of acoustic signals in the maintenance of species integrity in Cyprinella is a long-term project aimed at understanding the formation of hybrid swarms in the genus. 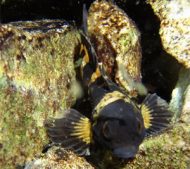