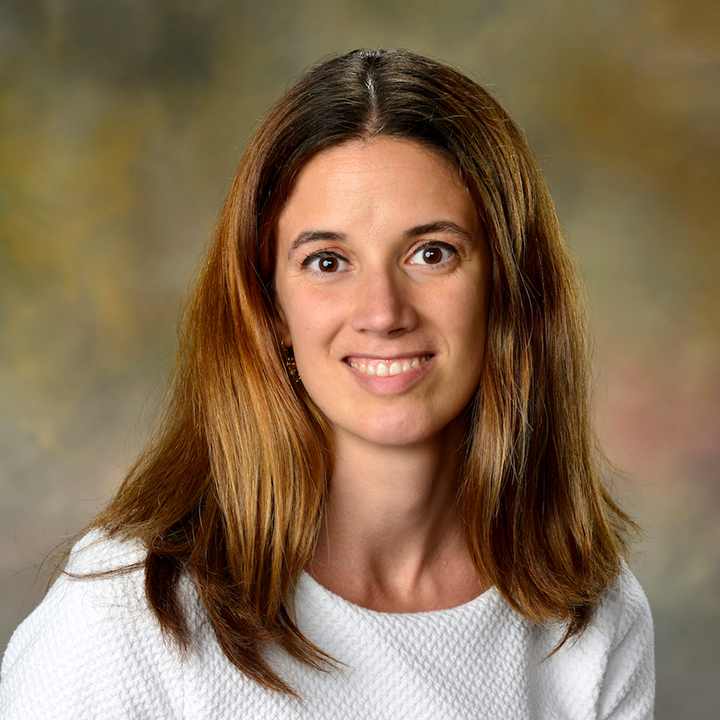 My scientific background is on beef nutrigenomics. My passion for science started in college; briefly, I was involved in multiple research projects related to animal production, meat quality and growth and development physiology in beef—and I decided to pursue a master’s degree in animal science to study how nutrition could affect gene expression in growing animals. For my Ph.D., I twisted a little my focus to epigenetic regulation based on fetal programming studies in beef cattle.

Everything started at the time I was fortunate to be awarded a four-year fellowship by the National Agency for Scientific and Technological Promotion in order to pursue a PhD degree at the University of Illinois. I began graduate school in Fall 2009 and earned my MS degree at the University of Illinois in December 2011. For the MS, I conducted bioinformatics analysis of skeletal muscle transcriptomics as well as gene expression analysis of a novel transcription regulator (YY1) that I identified during the bioinformatics analysis as being central during skeletal muscle growth. I sought to determine the expression pattern of YY1 and several putative targets in skeletal muscle of steers that were early-weaned and fed a high-starch diet or that were normal wean. Unlike what we hypothesized, the expression of YY1 does not seem to be related with adipogenic gene expression. I’ve been also working on the analysis of KEGG pathways and Gene Ontology terms from this transcriptomics data using the Dynamic Impact Approach bioinformatics new technique.

My first PhD project was based on the results of previous work that indicated precocious activation of adipogenic gene networks in Longissimus muscle of early-weaned Angus and Angus × Simmental steers fed a high-starch diet during the growing phase (Daniel Graugnard’s MS thesis). The objective was to assess differences in adipogenic and lipogenic genes expression between early weaning and normal weaning. Results revealed precocious expression of adipogenic and lipogenic genes in early weaned steers compared with normal weaned. In a second project I sought to evaluate if maternal exposure to different planes of nutrition during late gestation altered expression of genes that regulate adipogenesis/lipogenesis and metabolism in the offspring’s skeletal muscle. Thus, a central goal was to evaluate potential carryover effects due to the energy content of the diet during the third trimester of gestation, on subsequent offspring performance during the growing and finishing phases. I assessed this using a combination of ultrasound, carcass evaluation, blood metabolites and hormones, and gene expression. Even though animal performance did not differ, results of the gene expression analysis indicated higher expression of adipogenic and lipogenic genes in steers born to cows fed higher plane of nutrition diet during pregnancy and also an early weaning effect.

My last PhD project, which encompasses two-years, where I wanted to test the effects of feeding cows low, medium, or a higher plane of nutrition (i.e. underfeed, feed to requirements or slightly above, and overfeed) during late gestation on offspring skeletal muscle and subcutaneous adipose tissue gene expression and microRNA expression that are key for controlling adipogenesis and lipogenesis. The project was a factorial design because in addition to maternal nutrition as a factor, groups of steers in each maternal grouping are either early-weaned or normal weaned. The first year of the project was completed in October of 2012. During my PhD defense, I presented all the microarray data for this study by means of a bioinformatics analysis of transcription regulators, networks, KEGG pathways and high impacted Gene Ontology Terms using a new developed technique called Dynamic Impact Approach. Actually, I am writing a manuscript in collaboration to Dr. Juan Loor’s lab at the University of Illinois for data of a microarray analysis where two different adipose tissues are compared (Mesenteric and Subcutaneous) from dry dairy cows under two different nutritional treatments. I’ve been also working in a book chapter related to epigenetics and fetal programming in beef cattle.

During 2013 and 2014, I’ve been in charge of a project between the University of Illinois and the Center for Animal Nutrigenomics & Applied Animal Nutrition of the AllTech Company situated in Lexington, Kentucky. We were analyzing the effect of the administration of an alpha amylase on the diet of steers since weaning time until slaughter. This project ended with the slaughter of the steers and the posterior shipment of muscle, liver and fat tail pad samples obtained by biopsy and rumen epithelium samples obtained at the time of slaughter.

I had my PhD defense on August 11th 2014 and a week after that I started a postdoctoral research position in Kansas State University (KSU) with Dr. Lindsey Hulbert who has a background in behavior and immunology in dairy calves. At KSU, I’ve been participating in a prebiotic study during the commingling period of dairy calves. During this project, I’ve been performing whole blood bactericide assays, simultaneous flow cytometry phagocytic and oxidative burst, PMN L-Selectin expression flow-cytometer assays, TNF-α stimulation, IFNG secretion from whole blood stimulated with PHAp and complete blood count using an IDEXX Pro-Cyte machine. I’ve also been working on samples from a bovine respiratory disease (BRD) study analyzing haptoglobin concentration in plasma samples with the aim to determine if haptoglobin could be used as a biomarker to diagnose BRD.

My first project as assistant professor at Auburn University has the objective to study the epigenetic modifications of the rumen epithelium of Jersey steers during the transition from a high grain diet to a high forage diet. The second project will test the effect of the administration of rumen protected methionine in grazing cows at late gestation and look for carry over effects on their offsprings skeletal muscle and subcutaneous fat.

In general, my specific research aims are to:

2) Determine epigenetic regulators that might inhibit or enhance muscle growth and adipose tissue deposition in beef cattle; and

3) Characterize the administration of nutrients that might generate epigenetic changes (DNA methylation, acetylation, microRNAs) that will affect the transcriptome profile with noticeable phenotypic effects on beef carcass quality and/or animal performance.

I anticipate future collaborations with Dr. Gonzalez, Dr. Hulbert and Dr. Drouillard at Kansas State University. We have been writing a grant together for a transportation study on beef cattle. In addition, I have many research ideas that I want to put together in collaboration with current faculty members at Auburn University that will help me to expand my scientific interests to different research models.